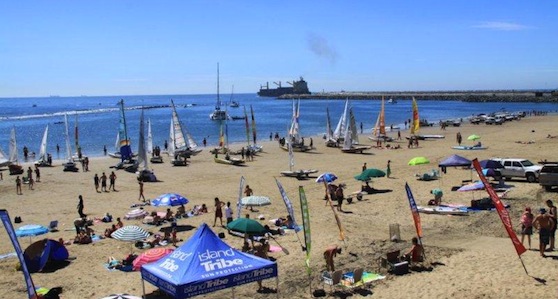 Besides being one of Durban's most popular beaches to learn to surf and enjoy a family day on the beach, Vetch's Pier is a well know snorkeling spot, right in the heart of Durban. Just further South is the Harbour wall, possibly one of Durban's best kept snorkeling secrets. Get a good day with clean viz and you'll find all sorts of reef fish and coral.

How to get here

Vetch's Pier (also generally known as uShaka Beach) is one of the southern most beaches on the Durban beachfront, you can easily reach this area by heading south down the beachfront or follow signs towards uShaka Marine World. The harbour wall is just south of Vetch's Pier (background area of this photo) Just walk as far south as you can from Ushaka Beach ....when you reach the harbour wall, you're there.

When to go snorkeling at Vetch's Pier & Harbour Wall

Snorkeling at Vetch's is pretty good all year round, especially in winter months when water visibility is generally better. However, epic conditions do come through all year round. For information on current conditions at Vetch's, contact Calypso Dive Centre (Based directly in front of Vetch's Pier and they also offer diving on this reef)

High tide is generally considered the best time of day for this site and an easy entrance snorkel / dive spot.

The Harbour wall, is in our opinion one of Durban's best kept snorkeling secrets. Although the visibility is very reliant on good conditions (which are not all that common) it does have some great feature, well protected and easy to access. Your best time is at a low tide and make sure you pick a day after the SOUTHERLY WIND has been blowing or there is a southerly swell at sea, this ensures nice clean water. North East winds and northerly swells bring dirty green water. If possible, avoid busy weekends / school holidays and periods with big swell at sea.

Vetches Pier is a lovely snorkeling spot on a calm day, especially on the inside edge which is more protected.  There are a number of rays, octopus and reef fish that are common to this area.  As Vetches Pier is close to the harbour entrance the ships dump their ballast in the area, so we often find marine life which is not at all common to our waters like Weedy Scorpion Fish and Sea Horses (Rarely seen though). People also often SCUBA dive on Vetches Pier as the variety of life changes and night dives are great for spotting Octopus, Cuttlefish and Rays as they come out to hunt.

The Durban Harbour Wall has a lot more coral growth than Vetches and probably the best coral you will find snorkeling in shallow waters on the Durban / KZN Coastline. There is a great variety of fish, you can expect to see over sixty species in a morning including a lot of different Tobies, Electric Rays, the whole suite of Damselfish, several species of Moray Eels, nice shoals of fusiliers, Chocolate Dips (and many other chromis species) five species (at least) of butterflyfish and even a good chance of seeing a small hammerhead or something epic special. We have also see Razor Fish and Flatheads while snorkeling in the area. There are surprisingly few invertebrates and sea slugs.

The early stages of the snorkel (along the 500m or so wall) starts of shallow and gets up to 5-10m deep. But if you hug the harbour wall, it remains quite calm and shallow. We have not experienced any bad currents or anything to be very concerned about, except the multitudes of aquarium collecting swines on weekends.

The harbour wall can get dirty with a lot of old discarded fishing line, litter etc... so please be a good human and take a bag with and try clean out while you're there. It is such a rich area, it's well worth looking after.

Download our FREE Kiddies Educational Book... full of fun and ocean stories for the little ones 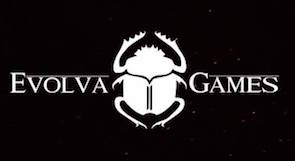 An out of the ordinary experience, an adventure on some of Salt Rock's secret, hidden beaches. Evolva Games is an adventure, a mystery experience, an escape room and scavenger hunt combined into one real-life experience. Follow a series of puzzles and clues to see if you can unravel the story!

At Tidal Tao, we are dilly, silly and plain old passionate about the ocean and our neighborhood of Salt Rock, near Ballito, on the North Coast of KwaZulu-Natal. This is possibly some of the best snorkelling expediences South Africa has to offer, year round warm water, incredible fish and marine life, all in shallow, safe, protected areas.....and we want you to experience it too. "In the end we will conserve only what we love, we will love only what we understand, and we will understand only what we are taught."